As soon as the amenities are no longer convenient, the hospitality industry might turn to electronic recycling in Washington

One of the primary goals of the hospitality business in Washington is to make the lives of visitors as simple, pleasant, and convenient as possible, at the very least for a limited length of time. The facilities provided in hotels must be practical and functional for a large number of guests on a continuous basis, even if the guests are only staying for a short period of time at the hotel. We at 1 Green Planet understand that this frequently entails upgrading electronic equipment at hotels and resorts to ensure that it is not only the most functional but also the most convenient for visitors to use.

The update, on the other hand, is simply one part of the equation. After you’ve completed the update, you’ll need to get rid of the old equipment that was leftover. Especially when it comes to technology, this may be a sensitive subject to discuss. Not only must you dispose of the units in a safe manner in order to protect the sensitive information of your visitors, but you must also take care not to hurt the environment in the process.

At one point in history, hospitality was considered to be both a divine prerogative of a visitor and a holy obligation of the host. As a member of the hotel sector, you should be aware that we at 1 Green Planet take our responsibility in assisting you in taking care of your visitors as seriously as you do. 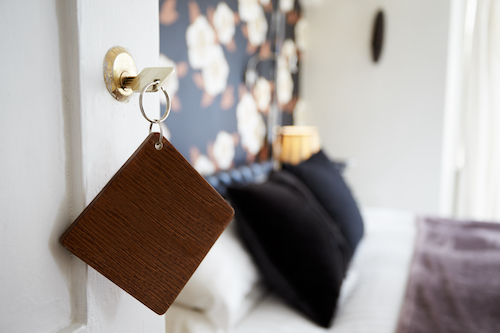 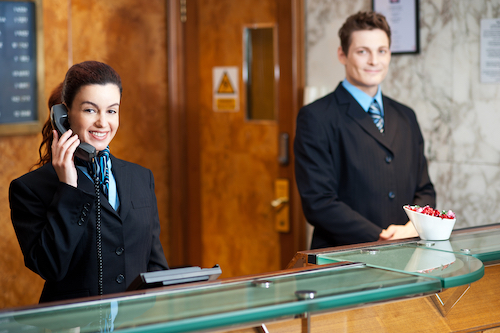 Maintaining the Safety and Comfort of Guests

Hospitality in Washington State is a vast and diverse profession with many different types of jobs. Regardless of whatever sector you work in, two of your key priorities are guaranteeing the safety of your visitors and their property while on your premises, as well as ensuring that they are comfortable and entertained throughout their time at your establishment.

Closed Circuit Television (CCTV) video surveillance is a frequently utilized means of keeping an eye on the premises and spotting any threats. In the past, videotape and other analog technologies were the only options available. Digital surveillance cameras, on the other hand, are now widely available. The encryption, wireless capabilities, coverage area, and image quality they provide over their analog equivalents are significant benefits over their analog counterparts. Furthermore, due to the widespread usage of digital video technology, analog surveillance material sometimes requires an additional step to be converted to a digital version before it can be used. As a result, despite the additional expense and complexity required, it is becoming increasingly usual for institutions in Washington to switch to a digital monitoring system.

In the case of an emergency, it is critical to be able to evacuate a resort, hotel, restaurant, or other establishment as quickly as possible. This may be accomplished in a number of ways, one of which is by identifying the exits with an illuminated sign. It is important that these signs stay illuminated and visible even if the power goes out, the room fills with smoke, or in the event of any other unforeseen circumstance. Therefore, backup batteries are commonly included in exit signs to ensure that they continue to function even when the energy is cut out. The same is true for exit signs, which are increasingly being lighted by LED’s and other energy-saving lighting options rather than traditional incandescent bulbs, which are known for being less dependable and less efficient.

Not only do you need to keep your visitors safe, but you also need to keep their belongings secure, which includes their money, safe. Customers’ data is kept safe by banks that issue credit and debit cards, which have implemented a new security mechanism that is widely used. Essentially, a microchip is embedded in the card, which encrypts the user’s account information and makes the card more difficult to duplicate. In order for the chip to be effective in protecting the consumer’s information, it must be utilized in a machine that is equipped with a specific reader that can scan the microchip. Increasingly, as chip cards become more commonplace and worries about data breaches grow, retailers and providers in Washington State are embracing the new technology in greater numbers. The upgrading of credit card readers at the point of sale (POS) terminals is taking place all around the world. Tons of outdated devices are being abandoned, and they must be properly disposed of as e-waste.

The feeling of being lost in a foreign city is unlike anything else in the world. Guests may also be put in danger if they become disoriented. In order to ensure their clients’ safety and convenience, automobile rental businesses now provide the option to hire vehicles equipped with global positioning systems for an extra fee. It operates by sending signals at the speed of light to a satellite network in Earth’s orbit, which in turn returns data about your position at the same speed as the signals were sent. GPS technology is continually being improved in terms of speed, accuracy, and efficiency, thanks to continuing research. A new version of the technology is released on a regular basis.

Guests who stay at your hotel or resort expect to have all of the comforts of home at their disposal. One of their most fundamental expectations, one that is so fundamental that they may not even be consciously aware of it unless it is not met, is that they will have enough illumination. Having a burned-out bulb in a lamp or overhead fixture is annoying for both you and your visitors, which is why many hotel owners and managers are switching to compact fluorescent or LED lights, which may last for years or even decades. It goes without saying that this necessitates the disposal of the old incandescent bulbs.

As part of their expectations, your visitors anticipate being entertained, which is why they expect a television set in their rooms. It is becoming increasingly common for hotels to replace inefficient cathode-ray consoles with flat-screen ones that not only have high-definition capabilities but also take up less space in the room.

In addition to the above, your visitors may anticipate the following amenities:

Working While Others Play

As a team at 1 Green Planet, we recognize that part of reaping the benefits of working in the hospitality business near Washington requires making certain sacrifices. You are working while others are away on holidays or vacations, and you are not paid. While others are having fun, you are working. We understand the emotional toll that this may have on you, which is why we aim to make our services as accessible and easy as possible for you. For example, we provide free pickup at resorts, hotels, restaurants, and other sites all throughout the country, including Alaska. We are pleased to be associated with the majority of major hospitality businesses. For further details, please contact us right away.