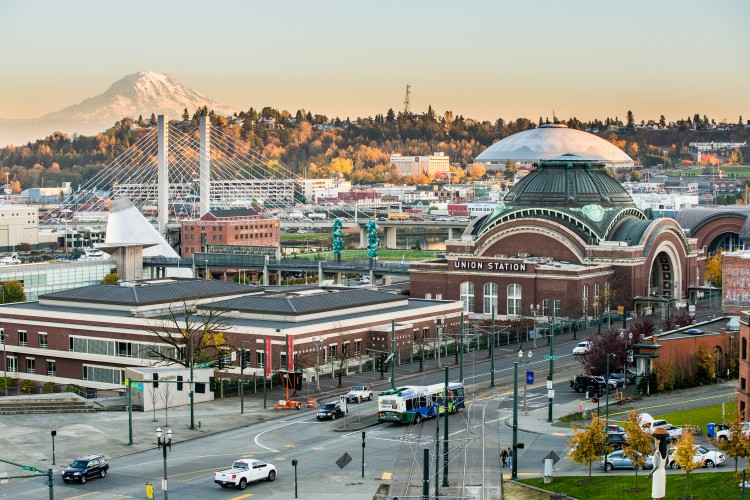 Are you looking for where to recycle electronics? 1 Green Planet offers free e-waste electronic recycling pick up for companies and firms for Electronics Recycle Tacoma, WA for IT assets that have reached its end-of-life with a minimum of 10 IT assets from our qualified items list. Our easy scheduling, secure handling, transporting and responsible electronics recycling Tacoma, WA and ewaste disposal methods have helped many businesses and companies meet their electronics recycling goals. We have strict safety and security standards and certifications and licenses to make sure our e waste Tacoma, WA practices meet the needs of our customers. As a local business, we make sure to pay attention to the needs of our customers by fostering improved sustainability practices. Have at least 10 e waste items to electronic recycle near Tacoma, WA? Contact us for e waste pickup Tacoma, WA.

Companies, businesses and organizations utilizes 1 Green Planet’s IT Asset Disposition and Electronic waste liquidation services to boost their ROI, particularly when undergoing IT asset upgrades, decommissioning and in some instances where quick capital is required. With a large volume of servers, computers, laptops, monitors and other electronic assets, companies are able to recover valuable revenue from electronic recycling efforts. If you are a company located in or nearby Tacoma, WA with a large amount of IT equipment that has reached its end-of-life, contact 1 Green Planet today to be your ewaste recycling partner. Rest assured, your IT assets are handled, processed, and appropriately recycled while you realized an impactful ROI to your business. We provide free equipment evaluation, quotes, and equipment pickup at no charge with quick payment dispersal.

Where can I recycle electronics - Tacoma?

There’s no need to leave your office to electronic recycling Tacoma WA. You can simply Schedule a Pickup online for electronic disposal and we will come out to you.

What e waste items qualify for pickup from Tacoma?

We accept all electronic assets for recycling from Businesses in Tacoma. See our list of eWaste items we recycle. With 10 or more qualifying items your pickup is free. Let us help you with your electronic waste disposal.

Is your electronic recycling company ewaste certified for pickup from Tacoma?

Yes, we are r2 recycling companies Tacoma, WA for e waste pickup and recycling. We comply with all applicable legal requirements and other requirements to provide responsible electronics recycling and IT asset disposition. We are certified with R2:2013 (RESPONSIBLE RECYCLING©), ISO 14001:2015 (ENIRONMNETAL HEALTH & SAFETY MANAGEMENT), ISO 45001:2018 (OCCUPATIONAL HEALTH & SAFETY MANAGEMENT). we are a certified r2 escrap recycler Tacoma, WA. Let us take care of your next hassle-free e-waste recycling and electronics disposal.

Can I get paid for Computer recycling in Tacoma?

Tacoma is the county seat of Pierce County, Washington, United States. A port city, it is situated along Washington’s Puget Sound, 32 miles (51 km) southwest of Seattle. The city’s population was 219,346 at the time of the 2020 census. Tacoma is the second-largest city in the Puget Sound area and the third-largest in the state. Tacoma also serves as the center of business activity for the South Sound region, which has a population of about 1 million. 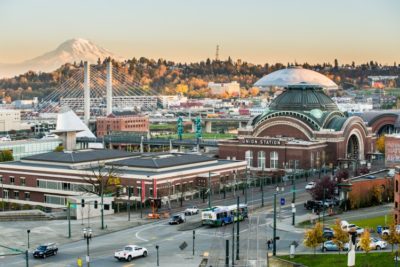 Tacoma was incorporated on November 12, 1875, following its selection in 1873 as the western terminus of the Northern Pacific Railroad due to lobbying by McCarver, future mayor John Wilson Sprague, and others. However, the railroad built its depot in New Tacoma. Tacoma straddles the neighboring Commencement Bay with several smaller cities surrounding it. Large areas of Tacoma have views of Mount Rainier. In the event of a major eruption of Mount Rainier, the low-lying areas of Tacoma near the Port of Tacoma are at risk from a lahar flowing down the Puyallup River.

There were 78,541 households, of which 31.0% had children under the age of 18 living with them, 37.8% were married couples living together, 14.8% had a female householder with no spouse present, 5.6% had a male householder with no spouse present, and 41.8% were other families. 32.3% of all households were made up of individuals, and 9.6% had someone living alone who was 65 years of age or older.

Tacoma is the home of several international companies, including staffing company True Blue Inc. (formerly Labor Ready), lumber company Simpson, and the food companies Roman Meal and Brown and Haley. According to the City of Tacoma, the major employers in the area include the military, healthcare, finance and insurance, aerospace, trade and logistics, government and education.

Tacoma has many properties that are listed on the City of Tacoma Register of Historic Places, the Washington State Heritage Register, and the National Register of Historic Places. The city of Tacoma has an active municipal historic preservation program, which includes 165 individual city landmarks and over 1,000 historic properties included within five locally regulated historic overlay zones. (Source: Wikipedia)