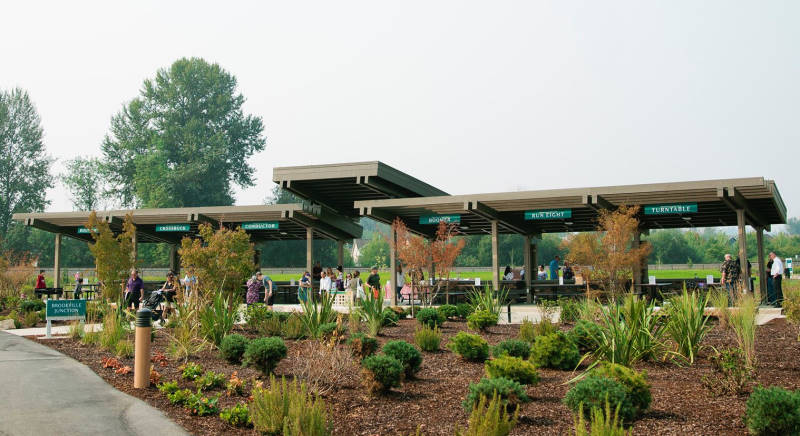 Are you looking for where to recycle electronics? 1 Green Planet offers free e-waste electronic recycling pick up for companies and firms for Electronics Recycle Fife, WA for IT assets that have reached its end-of-life with a minimum of 10 IT assets from our qualified items list. Our easy scheduling, secure handling, transporting and responsible electronics recycling Fife, WA and ewaste disposal methods have helped many businesses and companies meet their electronics recycling goals. We have strict safety and security standards and certifications and licenses to make sure our e waste Fife, WA practices meet the needs of our customers. As a local business, we make sure to pay attention to the needs of our customers by fostering improved sustainability practices. Have at least 10 e waste items to electronic recycle near Fife, WA? Contact us for e waste pickup Fife, WA.

Companies, businesses and organizations utilizes 1 Green Planet’s IT Asset Disposition and Electronic waste liquidation services to boost their ROI, particularly when undergoing IT asset upgrades, decommissioning and in some instances where quick capital is required. With a large volume of servers, computers, laptops, monitors and other electronic assets, companies are able to recover valuable revenue from electronic recycling efforts. If you are a company located in or nearby Fife, WA with a large amount of IT equipment that has reached its end-of-life, contact 1 Green Planet today to be your ewaste recycling partner. Rest assured, your IT assets are handled, processed, and appropriately recycled while you realized an impactful ROI to your business. We provide free equipment evaluation, quotes, and equipment pickup at no charge with quick payment dispersal.

Where can I recycle electronics - Fife?

There’s no need to leave your office to electronic recycling Fife WA. You can simply Schedule a Pickup online for electronic disposal and we will come out to you.

What e waste items qualify for pickup from Fife?

We accept all electronic assets for recycling from Businesses in Fife. See our list of eWaste items we recycle. With 10 or more qualifying items your pickup is free. Let us help you with your electronic waste disposal.

Is your electronic recycling company ewaste certified for pickup from Fife?

Yes, we are r2 recycling companies Fife, WA for e waste pickup and recycling. We comply with all applicable legal requirements and other requirements to provide responsible electronics recycling and IT asset disposition. We are certified with R2:2013 (RESPONSIBLE RECYCLING©), ISO 14001:2015 (ENIRONMNETAL HEALTH & SAFETY MANAGEMENT), ISO 45001:2018 (OCCUPATIONAL HEALTH & SAFETY MANAGEMENT). we are a certified r2 escrap recycler Fife, WA. Let us take care of your next hassle-free e-waste recycling and electronics disposal.

Can I get paid for Computer recycling in Fife?

1 Green Planet provides e waste recycling nearby. You don’t even need to leave your office for disposal of e waste Fife WA. We provide easy, hassle-free pickup for your computer recycling Fife, WA and networking equipment and more for e waste recycling Fife, WA. Our electronic recycling center Fife, WA can help your business get rid of your IT assets and Tech waste that are not longer in use. Help the Environment, Go Green, Do Good through e waste disposal Fife, WA.

Fife is a city in Pierce County, Washington, United States and a suburb of Tacoma. The population was 10,999 at the 2020 census. Fife is contained within the Puyallup Indian Reservation.

The lower Puyallup basin is the ancestral home of the Puyallup people, who were relocated after the signing of the Medicine Creek Treaty in 1854. The treaty ceded Puyallup lands and created the Puyallup Indian Reservation, which was expanded to include modern-day Fife. In 1940, Fife was described as “at a valley crossroads in the midst of a thickly settled berry growing and truck-gardening district is represented by a string of markets, taverns, shops, and a large, balloon-roofed dance hall along the highway.” The 1940 population was 135. Fife was officially incorporated on February 11, 1957.

Fife, an eastern suburb of Tacoma, consists primarily of businesses such as car dealerships, warehousing and industrial facilities, motels, drive through smokeshops, quick-dining restaurants as well as an Indian casino and various other highway-side businesses.

The majority of the city limits is in the Fife Public Schools, which also includes Milton and parts of Edgewood. The district has one high school, Fife High School. Other parts of Fife are in the Puyallup School District. Source: (Wikipedia)