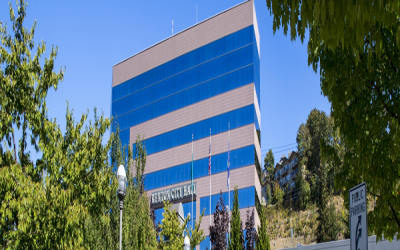 Renton is a city in King County, Washington, that is one of Seattle’s inner-ring suburbs. Renton borders the southeast side of Lake Washington, at the mouth of the Cedar River, and is located 11 miles southeast of downtown Seattle. Renton’s population is predicted to be 101,751 in 2019, up from 90,927 in the 2010 census. The city is currently the sixth-largest in greater Seattle and the eighth-largest in the state of Washington.

Renton was first established by people of European heritage in the 1860s, after a long history as an important salmon fishing place for Native Americans. Renton is best known for being the final assembly location for the Boeing 737 family of commercial airplanes, but it is also home to a growing number of well-known manufacturing, technology, and healthcare companies, including Boeing Commercial Airplanes Division, Paccar, Kaiser Permanente, IKEA, Providence Health & Services, UW Medicine, and Wizards of the Coast.

Renton’s educational system is excellent. Renton, Washington, has a solid school system, which is one of the reasons it is a nice area to live. Renton is therefore an ideal place to live/relocate with children (or if you are planning to have kids in the future).

Zipcodes and Neighborhoods in Renton, Washtington

Services we offer in Renton :

Head east on S 3rd St toward Williams Ave S – 0.2 mi
Continue onto Houser Way S – 0.4 mi
Use the 2nd from the left lane to turn right onto Bronson Way N – 272 ft
Use the left 2 lanes to turn left onto Sunset Blvd N

Continue on Houser Way Bypass to your destination