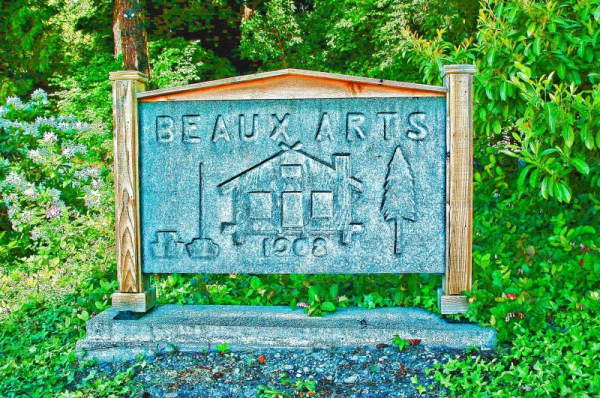 The Town of Beaux Arts Village was formed in 1908 and established in 1954. It is situated on the eastern bank of Lake Washington, approximately north of the East Channel bridge on Interstate 90. Beaux Arts is one of the smallest communities in Western Washington, with a population of roughly 300, but its vicinity to Seattle and the Eastside helps make it a particularly desirable area to reside in.

Residents appreciate Beaux Arts Village’s “small town” character, frequently calling themselves “Villagers,” as they have done since well before incorporation. The streets are winding and bordered by trees. The residences are an interesting combination of new and vintage, traditional and contemporary. Village residents and their visitors have access to a private beach that is managed by resident volunteers.

The Town is situated near Interstate 90 and Interstate 405 in King County, Washington, at longitude W122o12’7″ and latitude N47o35’9″. Downtown Bellevue is around three miles to the north, while downtown Seattle is less than ten miles to the west.

The Town of Beaux Arts Village is governed by a mayor-council system. The Mayor and Council members are elected by Town residents. The council meets on the second Tuesday of each month.

The Town partners with the King County Sheriff’s Office for police services and the City of Bellevue for fire protection services.

Public Schools in the City

The Western Academy of Beaux Arts is a non-profit organization comprised of all property owners in the Town (WABA). WABA owns and manages 1,100 feet of Lake Washington waterfront on the Town’s western outskirts for the exclusive benefit of its members and visitors. This private beach functions as the town’s primary park-like area. Additionally, WABA owns and maintains mooring facilities in this area.

The Town of Beaux Arts Village provides a monthly bulletin to the citizens with important information and general updates.

Continue on N Southport Dr to your destination (0.6 mi)